red rust and gold vase with peony and dragon

condition : excellent  no chips or cracks 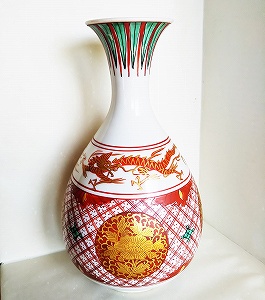 This work is a “flower container” produced by Miyagawa Eifuku. The flower container is a kind of vase, but it seems to be created to make one spot of the tea ceremony room brilliant. Generally, its shape is small and slender.

Two dragons are drawn at the upper part of the body in red and gold, and below them three peonies are drawn by rust and gold in the circle. 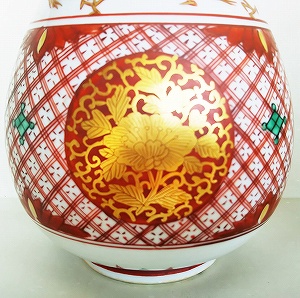 Three peonies are painted in rust and gold at regular intervals. Each of them is finely drawn, and the surroundings of them are filled with cloisonne connected pattern. 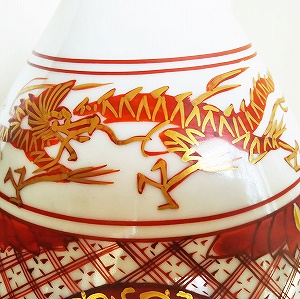 The dragon is drawn in red and is not drawn in detail. But it is drawn with thick lines, making it look like a dragon full of dynamism. 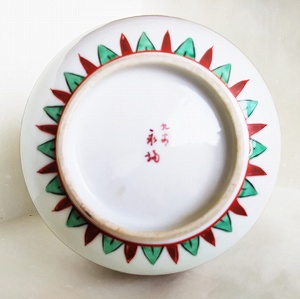 Although the name of the creator is written in, it is said that it is unusual for the work to have name “Eifuku” without the original name “Eifuku-do”.

It is said that Miyagawa Eifuku learned ceramic painting from Iwanami Gyokuzan in Kanazawa when he was young. He was invited to Shoun-do (famous painting factory) in Komatsu, which was run by Matsumoto Sahei, and served as the foreman.

He was called Eifuku and made unique, elaborate works.